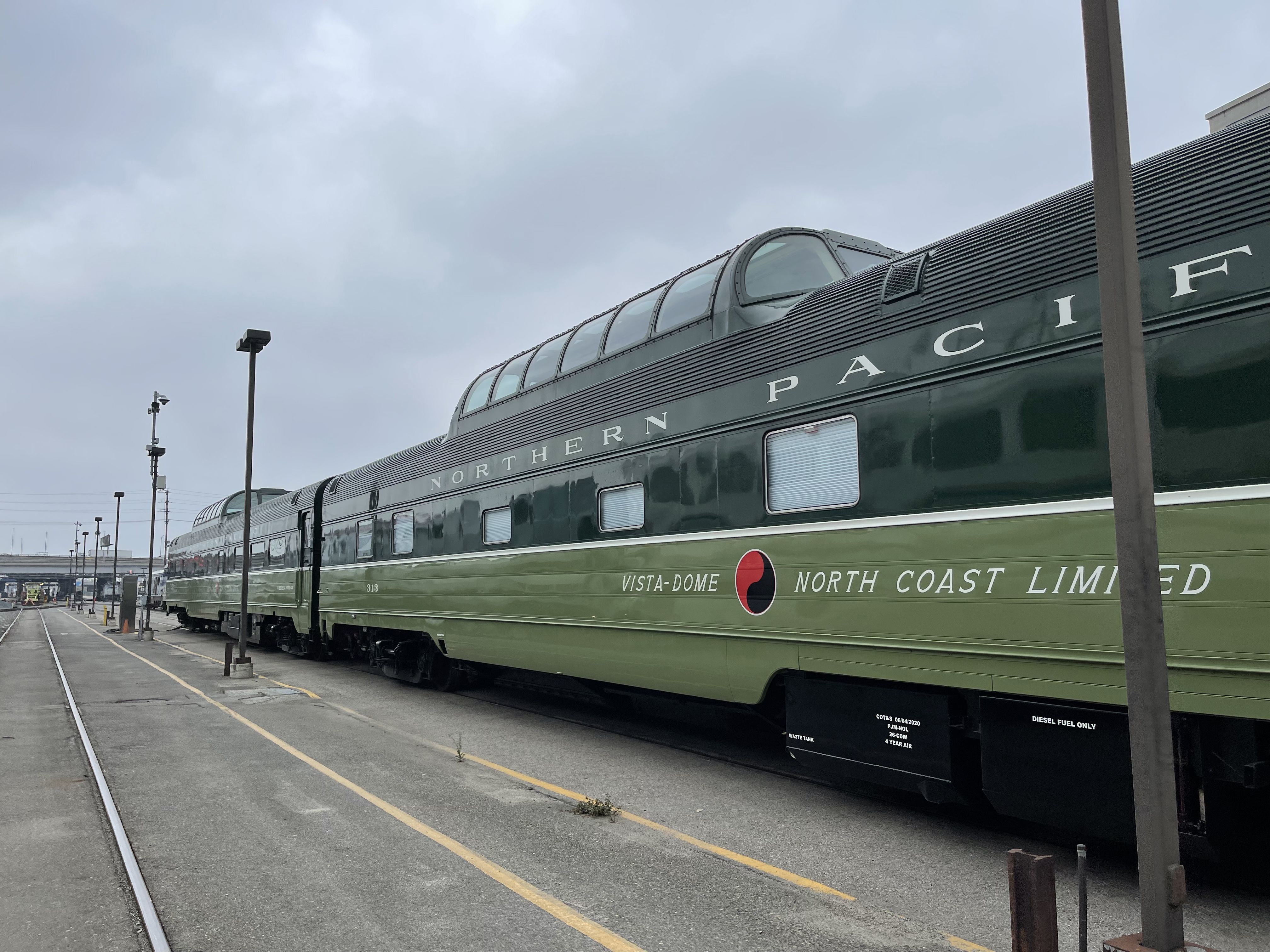 On April 2, some of the steam crew caught a glimmer of the Northern Pacific off in the distance and needed to investigate the matter.

While none of these cars were ever pulled by 3751, it certainly takes one back to the heyday of passenger trains when our 1927-built product of Baldwin and the sisters in her class pulled the Santa Fe's hotest passenger trains across the system.