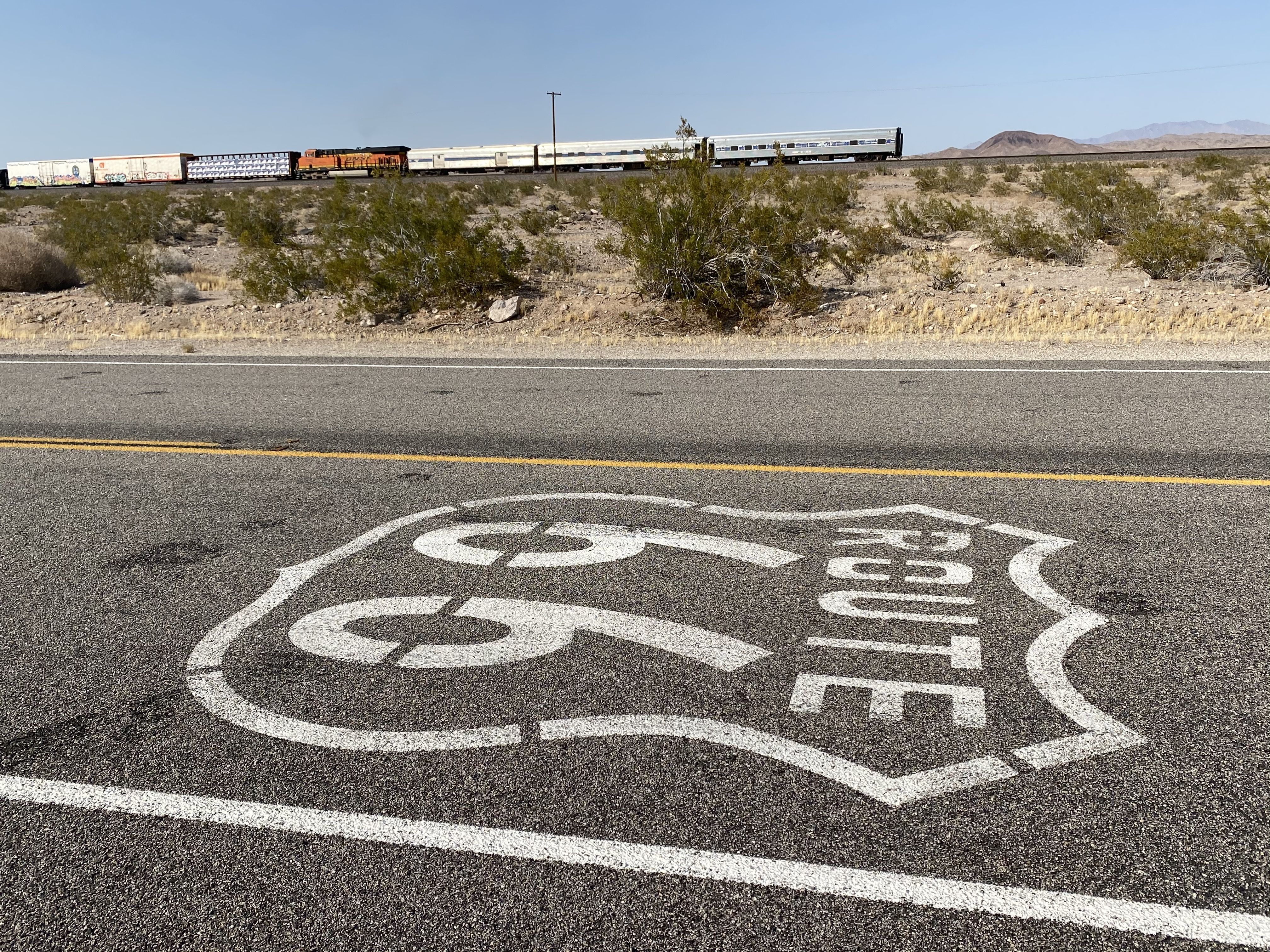 On August 4, our three new support railcars - SBRX 1161 (baggage), SBRX 2506 (dormitory) and SBRX 2523 (dormitory) finally entered Southern California as they crossed the Colorado River at Topock, AZ in the early afternoon. Following a crew change at Needles, CA, the BNSF manifest hauling the three cars traveled through the blistering Mojave Desert were the temperature was spiking between 112 - 114 degrees. Did someone say, HOT?

Vice President Alex Gillman traveled out to Topock, AZ and followed the cars west all the way to Barstow, CA. During his chase, he snapped this photo of the three cars paralleling Route 66 near Siberia, CA.