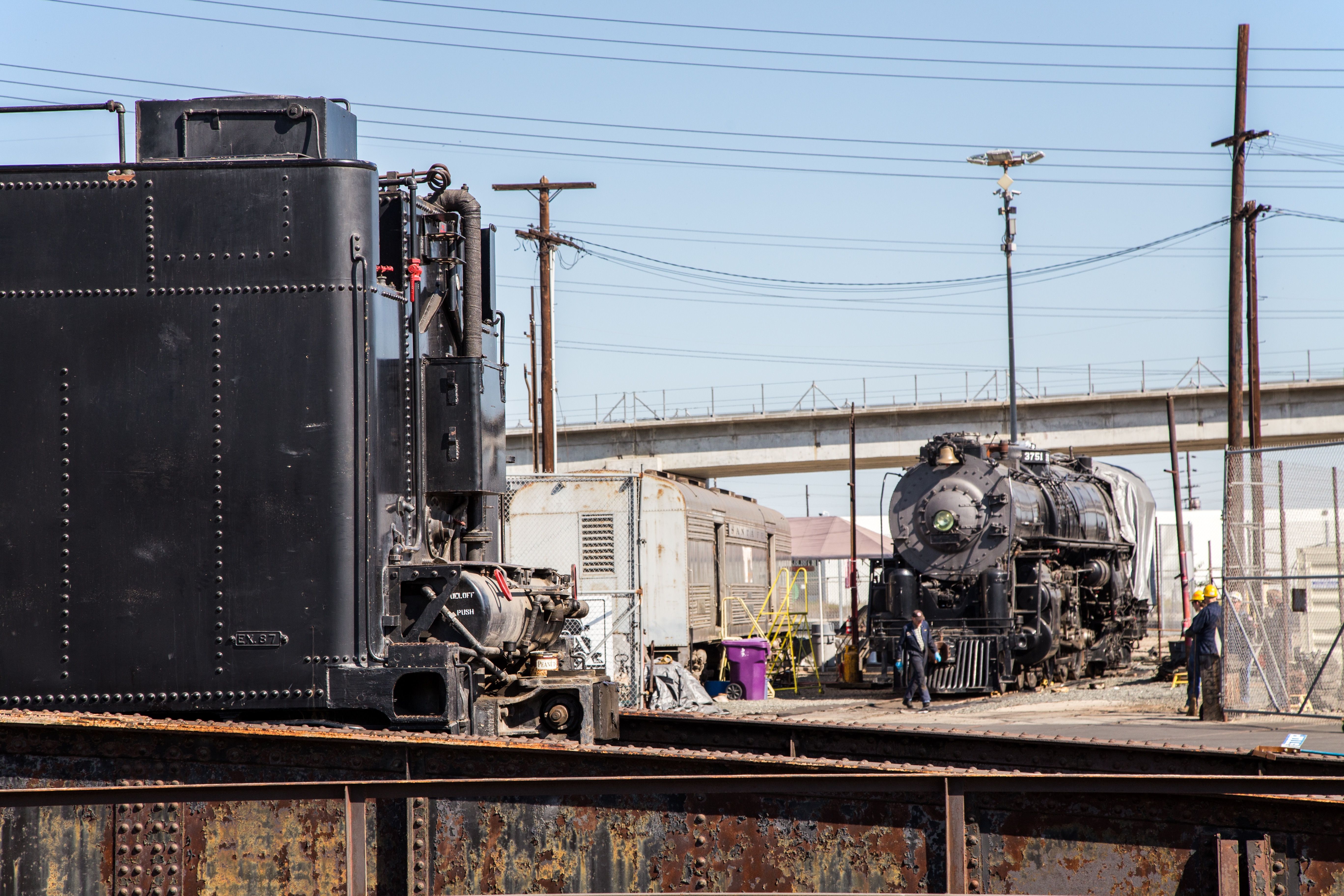 As today draws to a close, our steam crew members are able to go home with a major milestone behind them that has opened the door to the beginning of 3751's 15-Year Rebuild - separating the locomotive from the tender. Working together with our friends at Amtrak, who were kind enough to provide a locomotive and crew of their own to assist with the necessary movements, the steam crew moved 3751 over one of the turntable "whisker tracks" that has an inspection pit between the rails. Once beneath the locomotive and after some grunt work, the two pins that hold the engine and tender together were carefully removed. With the two now apart, 3751was first moved back into the compound with the tender following shortly thereafter. Parked side by side now, this separation of the engine from the tender today is the first time this has been done since 3751's last boiler inspection, which began in 2001 and ended in 2002.